You’re really going to hate me for this one.

Cult Nails Captivated Nail Lacquer is one of the prettiest and most unique polishes you’ll ever see. And you can’t get it anymore. I barely got it… I just happened to be on twitter when Maria announced that she found a few left overs of previously sold out shades. I dashed over to CultNails.com and was able to secure Captivated before it sold out. Again. Forever. 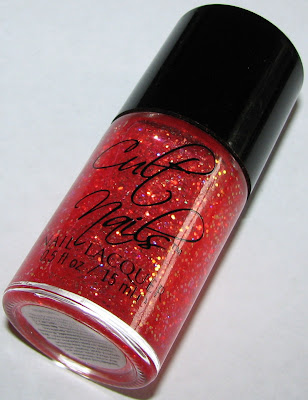 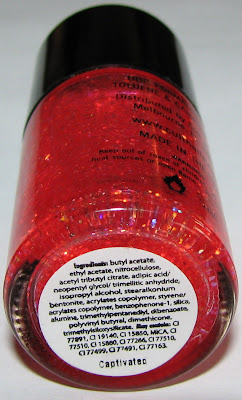 These first two pics I’ll show you were taken outside with no flash. The flash tends to wash out how beautiful Captivated actually is. 3 coats of polish were used for all pictures, as well as Sally Hansen Diamond Shine Base & Top Coat. 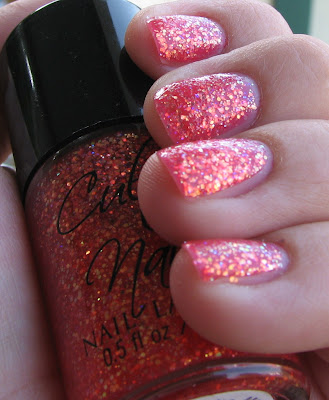 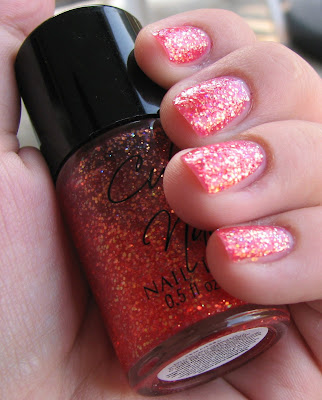 The following picture was taken outside in the sun, with no flash. 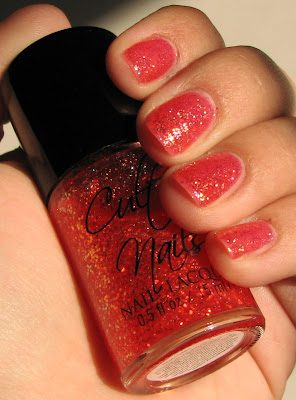 These last two pics were taken in my home, using the flash. 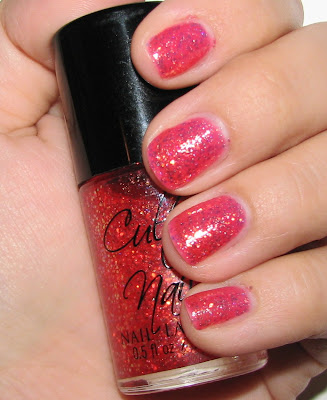 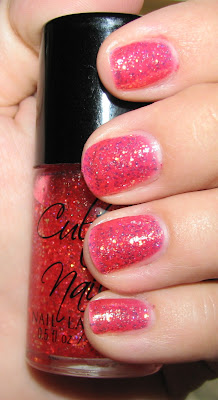 Captivated is a to-die-for stunner coral FLAKIE polish. The coral base is rather sheer, but the flakes are so thick that you don’t need a different base to wear this with (though you still COULD if you wanted to!).

I am REALLY hoping that Cult Nails will release this one again. I know a lot of fans missed out on it and the lemmings are growing strong!

Cult Nails polishes retail for $10 each and can be purchased at cultnails.com. Follow them on Twitter and Facebook for deals and to see what new polishes are in the works for future release!

On my Cult Nails wishlist? Always Winning, Iconic, and (from the soon to be released Hypnotic Collection) Trace, and Hypnotize Me. FYI – you can actually pre-order the entire Hypnotic Collection right now. It’s only $30 for 4 polishes so it’s like you’re getting one for free!