A while ago while trying to hunt down the Wet N Wild Fantasy Makers polishes I stumbled upon these Pumpkin Nail Enamel Nail Polishes at Rite-Aid.  They have no individual color names, but they were displayed in a variety of colors ranging from the usual Glow In The Dark to Pink, Blue and  the two I have to show you today. 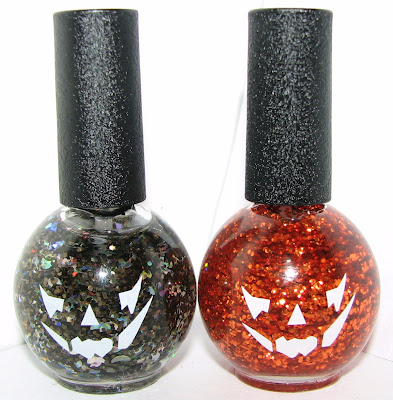 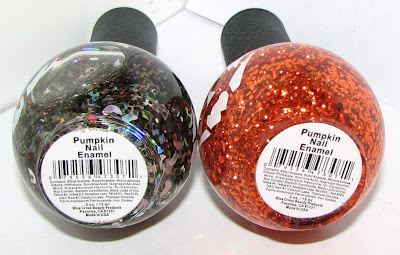 First, let’s talk about the Pumpkin Nail Enamel on the right.  It is REALLY cool.  A clear base with holo glitters of your usual chunk, shapes, and also moons!  You had to maneuver and play around a bit, which made it a little thick in some areas, but the polish itself looked rather cool.  I don’t normally like to have to WORK to get a mani looking nifty, but a holiday is a special occasion and definitely worth it! 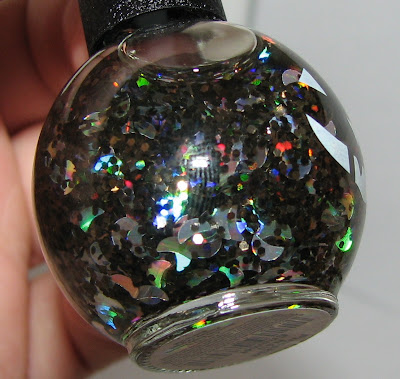 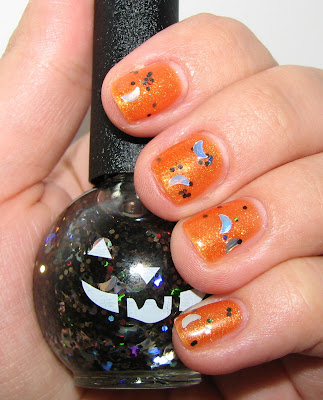 Now for the shade of Pumpkin Nail Enamel on the right.  It looks as though this would be more opaque, but it’s not.  The base of this is clear and not as many orange glitters will apply as you would think based off of looking at the bottle. 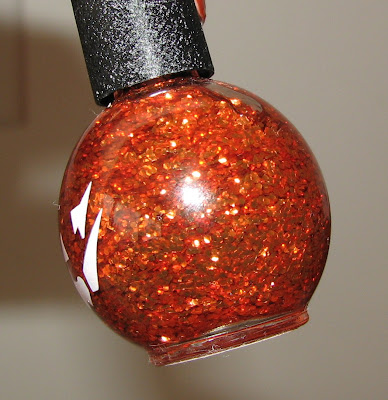 I put this polish over Deborah Lippmann Brick House: 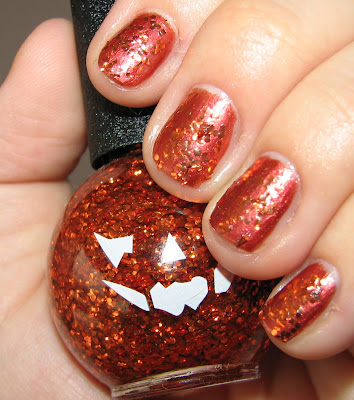 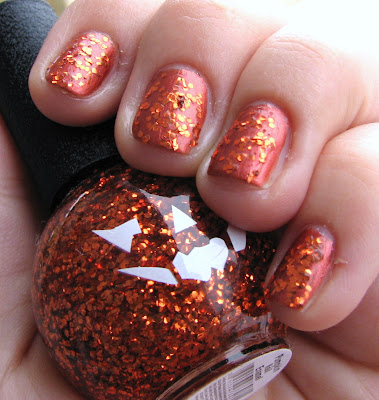 As you can see from the close up, it deposited hexagonal glitters as well as bar glitter.  This was 2 coats and I had to maneuver this one as well to appear as even as possible.

For fun, I put the other Pumpkin Nail Enamel over the orange one and got a pretty neat little Halloween mani!! 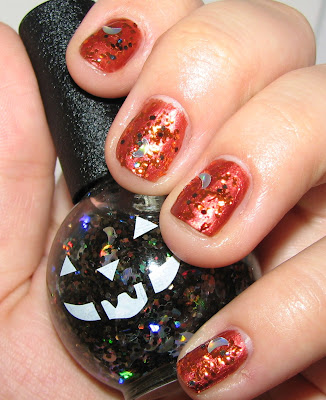 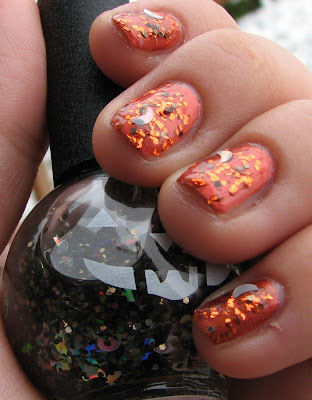 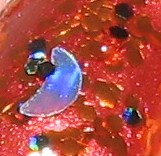 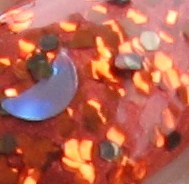 What did you all do for a Halloween mani?  I know we have some awesome nail artists out there and I’d love to see your looks!