A few days ago I set up a poll on the blog listing all of the shades from the Urban Decay 15 Year Anniversary Eye Shadow Collection and asked you to vote on what shade you’d most like to see with M.I.A.

The winner is DEEP END! There weren’t a huge amount of votes, but Deep End won by ONE! So without further ado…. 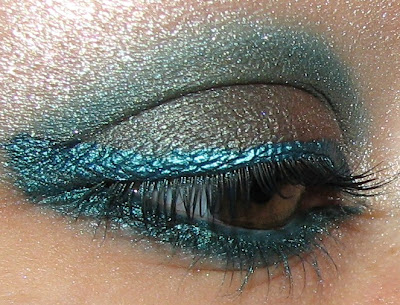 I likes! It ended up looking really cool! 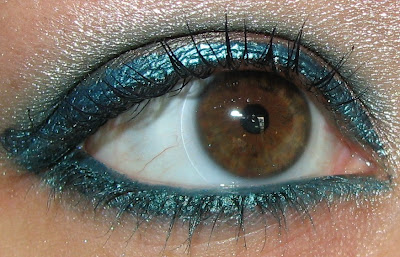 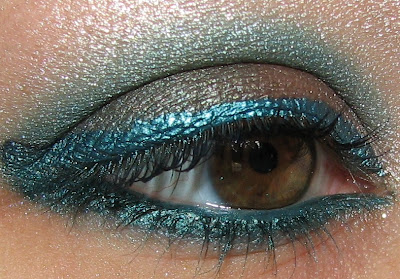 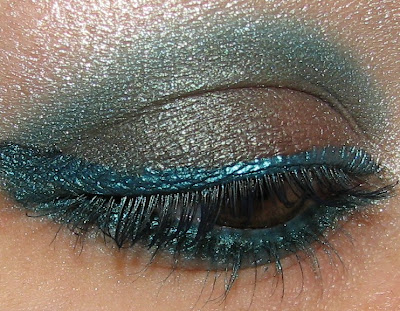 For this EOTD I used Urban Decay Primer Potion and (from the 15th Anniversary Eyeshadow Collection) applied Deep End to the crease. Next, I patted M.I.A. all over the lid. Then, I took an angled eye shadow brush and applied Midnight 15 in the inner corner of the eye, bringing it a bit up and above Deep End and blending into it. For an eyeliner I used Urban Decay Siren 24/7 Liquid Eyeliner on the top and Urban Decay Covet 24/7 Liner and smudged it with Deep End all around the eye. I took a bit more Deep End to blend out the crease and to go into the outer V. I don’t own an Urban Decay mascara, so I used Le Metier de Beaute Anamorphic Lash Mascara in Midnight Blue.

If you haven’t had a chance to check them out, I also posted a 6 other looks:
* Brown Smokey
* Pink
* Blue
* Purple
* Super Neutral
* Rock N Roll

Deep End won by ONE vote! I don’t think I would have looked at these two colors on my own and put them together, but they look REALLY cool, especially on the outer V where the two shades over lapped. What a cool color! 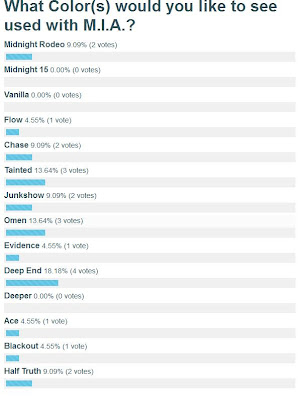 At the end of the day, I still call the Blue look my fave (look #3). However, this look with MIA and Deep End is a definite second, and I think people will find it a lot more wearable than the Blue look.

Thank you to everyone who voted and provided me with their input =) I will have to do something like this again!