I thought this would be my final look, then I realized I used every single shade in the Urban Decay 15 Year Anniversary Eyeshadow Collection for a look EXCEPT for M.I.A. – which is interesting, since it’s a taupe you would think I would have went for it first! So, there WILL be a look 7, then I’m movin’ on!

This look was requested on my Facebook page by one of my readers, Viannie. She wanted to see a look using Ace, which was perfect because I hadn’t used that shade yet, and it would go awesome with Blackout and Tainted, which also hadn’t been used yet. Who doesn’t love a Rock N Roll look 😉 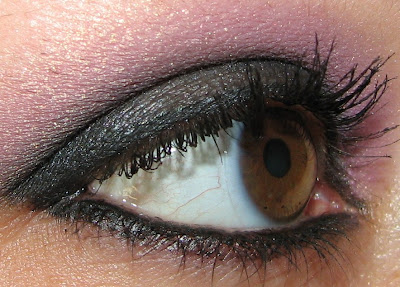 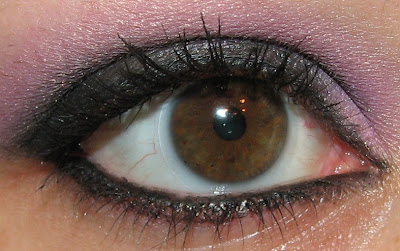 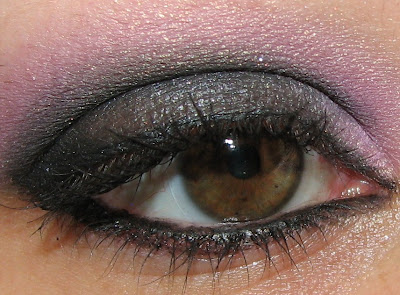 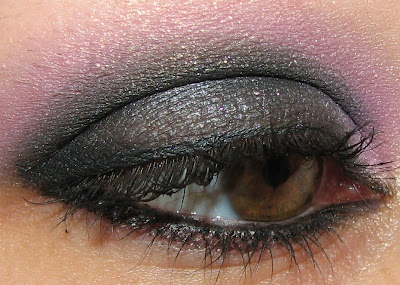 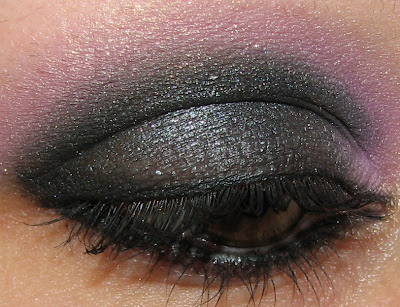 For this EOTD I used Urban Decay Primer Potion and (from the 15th Anniversary Eyeshadow Collection) applied Blackout to the crease. Next, I patted Ace all over the lid and blended a bit into Blackout. Then, I took an angled eye shadow brush and applied Tainted in the inner corner of the eye, bringing it a bit up and above Blackout and blending into it. For an eyeliner I used Urban Decay Zero 24/7 Liner. I took a bit more Blackout and smudged Zero and also added the color into the outer V. I don’t own an Urban Decay mascara, so I used Magic Lash Eyelash Enhancer and Black Magic Mascara from Overall Beauty.

I’m loving doing up these dark, colorful, and crazy looks for EOTD’s. It’s fun to experiment with shades I wouldn’t wear every single day. If anything it hones the skills! Like I mentioned above, the 7th and FINAL look from this palette will feature the shade M.I.A… which is a taupe. Any requests on the shades (from the UD 15 Year Anniversary Eyeshadow Collection only, please) you’d like to see used with M.I.A.??

If you haven’t had a chance to check them out, I also posted a 5 other looks:
* Brown Smokey
* Pink
* Blue
* Purple
* Super Neutral