This is the fourth, and most rushed look, I’ve done with the Urban Decay 15 Year Anniversary Eyeshadow Palette. Last night I was sort of running out the door to my sister in laws “31” party (They sell storage bags and stuff). I didn’t feel like doing anything extremely neutral, since this was ladies and wine 😉 so I decided to try out a wearable purple look. 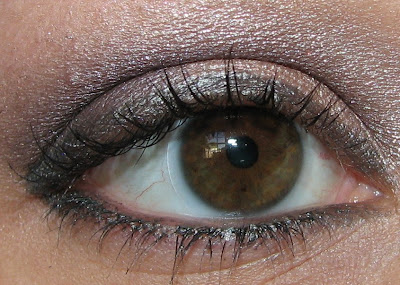 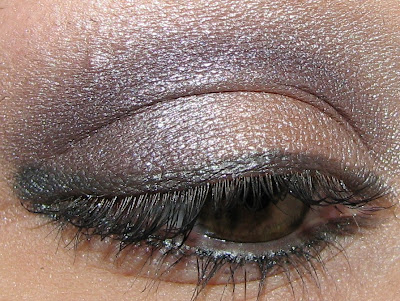 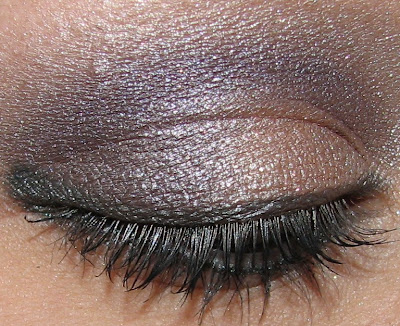 For this EOTD I used Urban Decay Primer Potion and (from the 15th Anniversary Eyeshadow Collection) applied Half Truth to the crease. Next, I patted Midnight Rodeo all over the lid. I then took Vanilla and applied it to the inner corners and above the crease up to the brow. Taking an eye blending brush I got a bit of Half Truth and blended into Midnight Rodeo and Vanilla. I also added more of Half Truth into the outer V area. For an eyeliner I used Urban Decay Uzi 24/7 Liner. I don’t own an Urban Decay mascara, so I used Le Metier de Beaute Anamorphic Lash Mascara in Aubergine.

I was irritated with my choice in eye liner. Uzi looked ok, but I wanted a more purple toned one from Urban Decay and couldn’t find Rockstar. I could have used MAC Raven, but that was an after thought and I was already done and on the way out the door. Plus, we’re all not perfect, so why not show it off 😉

If you haven’t had a chance to check them out, I also posted a 3 other looks:
* Brown Smokey
* Pink
* Blue