Available now is the China Glaze Island Escape collection for Summer 2011, which released with six shades earlier this month. 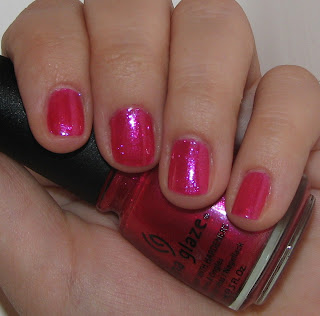 108 Degrees is one of those shades you see in the bottle and you’re like… yay another fuchsia, over it. It’s so much MORE. The above swatch pic was taken with only TWO coats. No matter what angle, room, height I shot from I could not get a picture that was worthy of the beauty of this shade. 108 Degrees is packed with shimmer and microglitter.

I thought 108 Degrees would be my least favorite and it’s in my top 3 from this collection! (and doesn’t it remind you of 98 Degrees the group from days of yore lol I can’t get them out of my head now. If you’re around my age you’ll know, if you’re a lot younger you’re probably looking at this screen like… WHO?!) 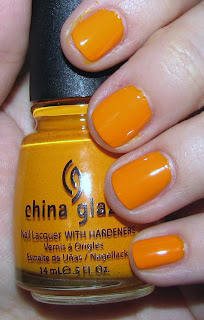 My FAVORITE of the whole collection. Which is shocking, because I’m not one for oranges, especially bright ones. It comes off a shade darker on the nails than in the bottle, which I think makes it work better. The above pic is with three coats, though it did cover well for a creme. It’s pretty thick, I just get worried about cremes and looking uneven. Even though it’s a Summer shade, it reminds me of pumpkins and orange julius.. which are more of a Fall thing lol

My biggest gripe about Papaya Punch is the STAINING. Even when I removed the shade the color leaked and stained my fingers. =\ It removes easily, so that’s a plus! 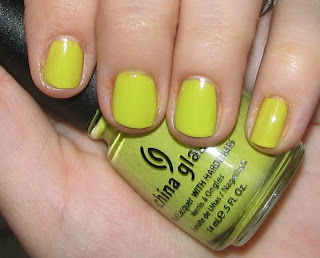 Electric Pineapple hit in my bottom three, which kind of surprised me. I just wasn’t a fan of the color and I had a hard time getting it even. The brush came out of the bottle cap while I was applying, which I’m sure was a fluke? I couldn’t push it back in so I just painted sans cap. A little weird, but it worked. The above pic is three coats.

I don’t think this shade looks anything like pineapple. With the popularity of yellows this summer I would have thought ChG would have went with a yellow creme for a pineapple, rather than a lime creme. 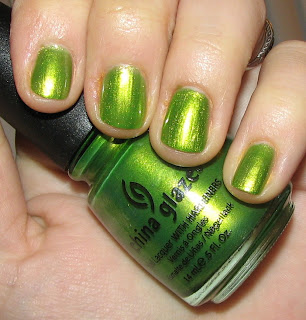 This shade was pretty sheer and drippy. It’s also in my bottom three. Probably coming in last. Mostly because of the drip. It might do better over a creme of the same shade. After 3 coats I still had VNL. 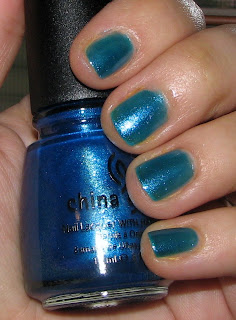 When I first saw Blue Iguana on my nails I thought, this shiny, glittery blue should have been what MAC released for Wonder Woman. Then, as I took the pics and saw how visible the nail line was, and how uneven and sheer the shade applied… I thought, no.. not strong enough for Wonder Woman.

Blue Iguana is a really REALLY pretty shade of shimmery blue, but the above pic was three coats, and the coverage just was not good. It wasn’t as drippy as Cha Cha Cha, so that’s a plus. It’s foily and you can see some purple sparkle in the blue, which was hard to capture on camera. 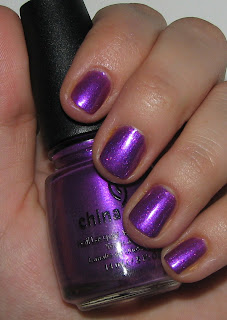 Senorita Bonita rounds out my top 3 shades from this collection. Another shocker for me! It’s purple with a pinkish red micro-glitter. You cannot stop staring at this on your nails.

I used 3 coats for this one and couldn’t be happier with the color and application.

***Overall I’m pretty happy with this collection. I love that it’s BRIGHT (which normally I don’t like) and the color spectrum is all over. I would have liked to have seen a yellow, but I guess everyone else is doing it, so why should ChG have to 😉

In order from favorite to least favorite I would rank them as:
Papaya Punch, Senorita Bonita, 108 degrees, Blue Iguana, Cha Cha Cha, and Electric Pineapple

I leave you with this song, so you’ll know what has been running through my head as I went through this whole collection… and maybe you’ll recognize the song and I won’t feel so old lol

*** Products were provided by the manufacturer or PR firm. For more information, please see my Disclosure Policy.