Anyway, I’ve been pretty absent this week. This week Owen started SWIMMING lessons (I know right? He’s going to be FOUR… can’t even believe it) and he also started Sporties For Shorties… where the little kiddies go in and learn about sports and how to play all of them. He’s a champ 😉

Our house has also been undergoing some drastic construction changes. Ladies and gentleman… we have a ROOF! Well… almost. The shell of a roof lol The roof will hit completion NEXT week. Anyway, I thought I’d use this post to bring everyone up to date on construction (beginning to now) – don’t worry, I will NOT bombard you with pics! Just a few shots here and there to show what we’ve been up to out here in good ol’ picksburg! haha

There were A LOT of little in between things that were done, but this will give a nice run down and give you the general idea of how much it takes to build an addition on a house. (A sturdy one, anyway. You know these guys told us that they had to go into a certain company’s home that was built – they build A LOT of homes and quickly but I’m not naming names – and basically COMPLETELY redo it. So for those of you looking to move into a plan of homes that were seemingly built over night…. PLEASE do your research first! This home was not even 10 years old and it was FALLING APART!)

We are adding on to the kitchen (Thank, God), building a Master bedroom with a nice size closet and master bath. The master bath isn’t getting finished, because I want something obnoxious. So it’ll have to be done in stages lol

What we started with: 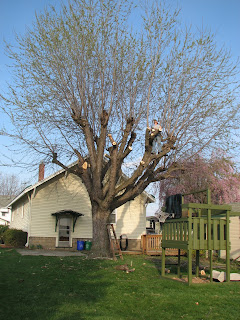 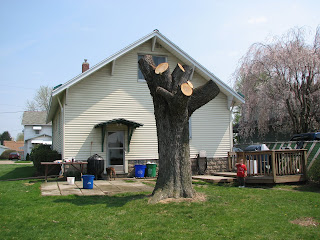 This is the back of my house. That tree was just HUGE and totally rotted inside… can you believe that guy is just standing up there cutting it down? Yikes. Anyway, he trimmed it up to make way for Jeff’s Uncle John to rip it out. 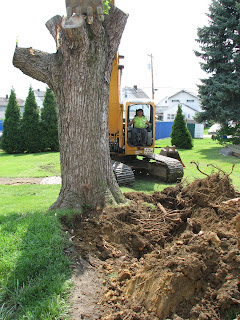 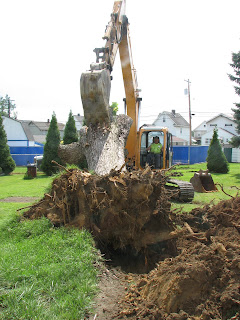 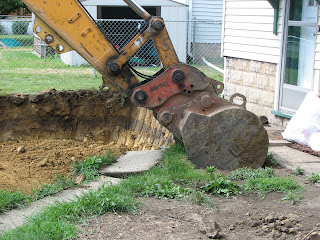 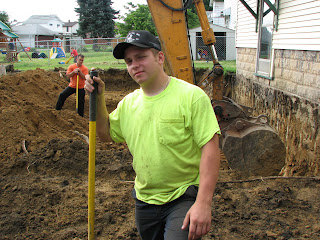 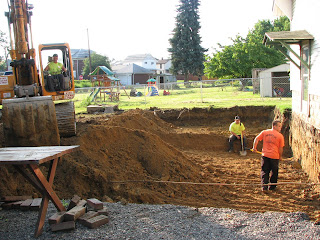 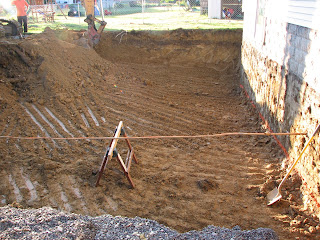 That line in the last photo is the water line, which was eventually re-routed… DH is in the orange and his cousin Johnny is in the bright yellow. At this point it was still a family affair of work!

The contractor & his men arrive to start laying out the basement: 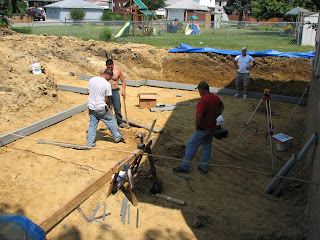 The footer is poured, smoothed and gravelled: 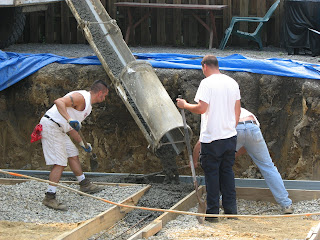 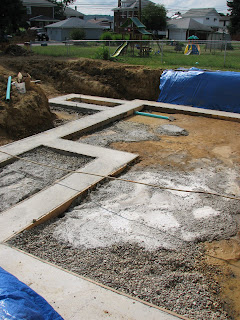 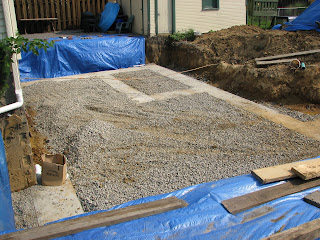 The super block layers bust hump and put up the basement walls in 2 days: 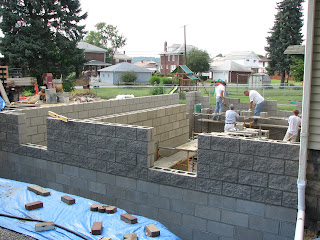 The contractor comes back to start laying out for the house: 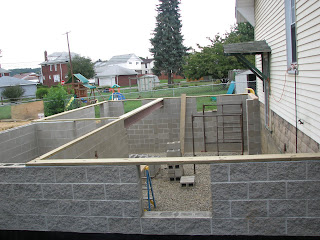 between this point and the previous point of block laying was about 3 weeks. I was going CRAZY. I’m extremely Type A and couldn’t figure out why nothing was happening. This is a common occurance, from what I understand, in construction! 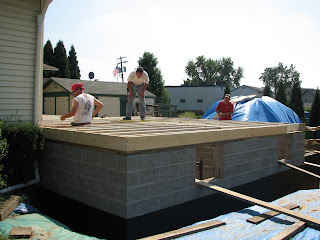 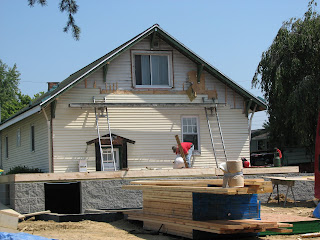 (This wall will eventually be completely knocked out to make way for a bigger kitchen! YES!) 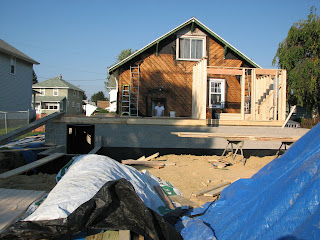 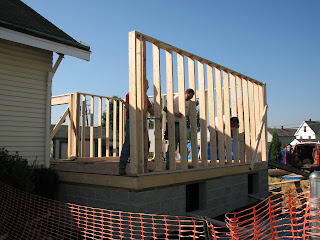 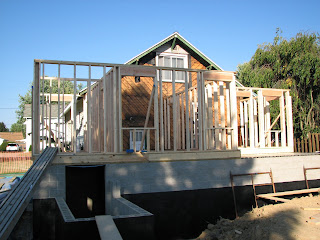 And that brings us to where we are today. 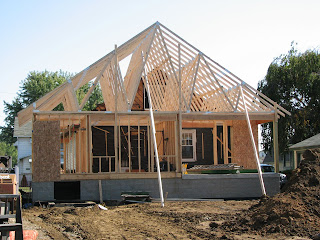 In between all this was the pouring of the patio and basement floors, filling in around the outside (aka the moat you see in a few of the pics), re-routing of the water line… the boring stuff 😉 This past week they framed up the roof and next week we’re due to get the new roof put on. I think I’m going to start updating on the house once a week, just so the posts won’t be this long from now on 😉 Thanks for bearing with me, if you got this far! lol

PS – for the hecks of it, here are samples of what our new kitchen cabinets, counters and hardware will look like, as well as what we picked out for roof and siding. Trim will be white. 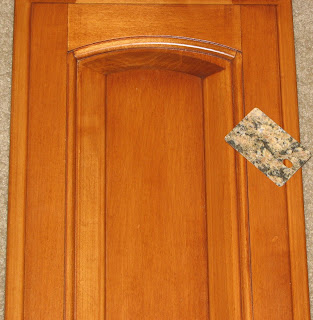 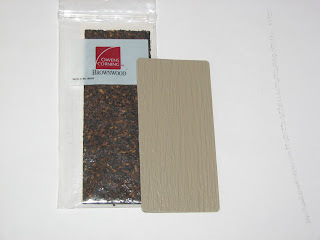